My achievements as an international orientated business developer and project manager globally and especially in the German speaking regions are well documented. Through my career within the digital and cleantech industry, I have developed and completed numerous successful projects worldwide, not at least in Germany, being the country which I regard as my second home.

Over the years I have developed an extensive senior level network in the German industry as well as on a governmental level. Starting my international career as a young engineer, I gained my international experience as a commissioning engineer in the dairy industry. Following a degree in business and marketing, I moved into the digital and telecom industry, becoming a GM in Hamburg.

A few years later I set up my own digital company in Berlin. Since, I have played a key role in providing digital Identity to projects funded by the UN and EU, providing biometric id to the people in the developing countries on the African continent.

In parallel, I have been involved on projects within the cleantech and electric vehicle industry, working with the German suppliers who struggle to transform from being manufactures of combustion driven technology and changing into becoming electrical orientated.

A transition which is largely under display in the Formula Electric, the international showcase and innovation lab for the companies involved in the clean energy and transportation business and in which I have an extensive network and partner access. 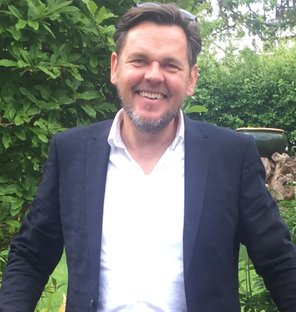 Founder of Centella Aps in 2004